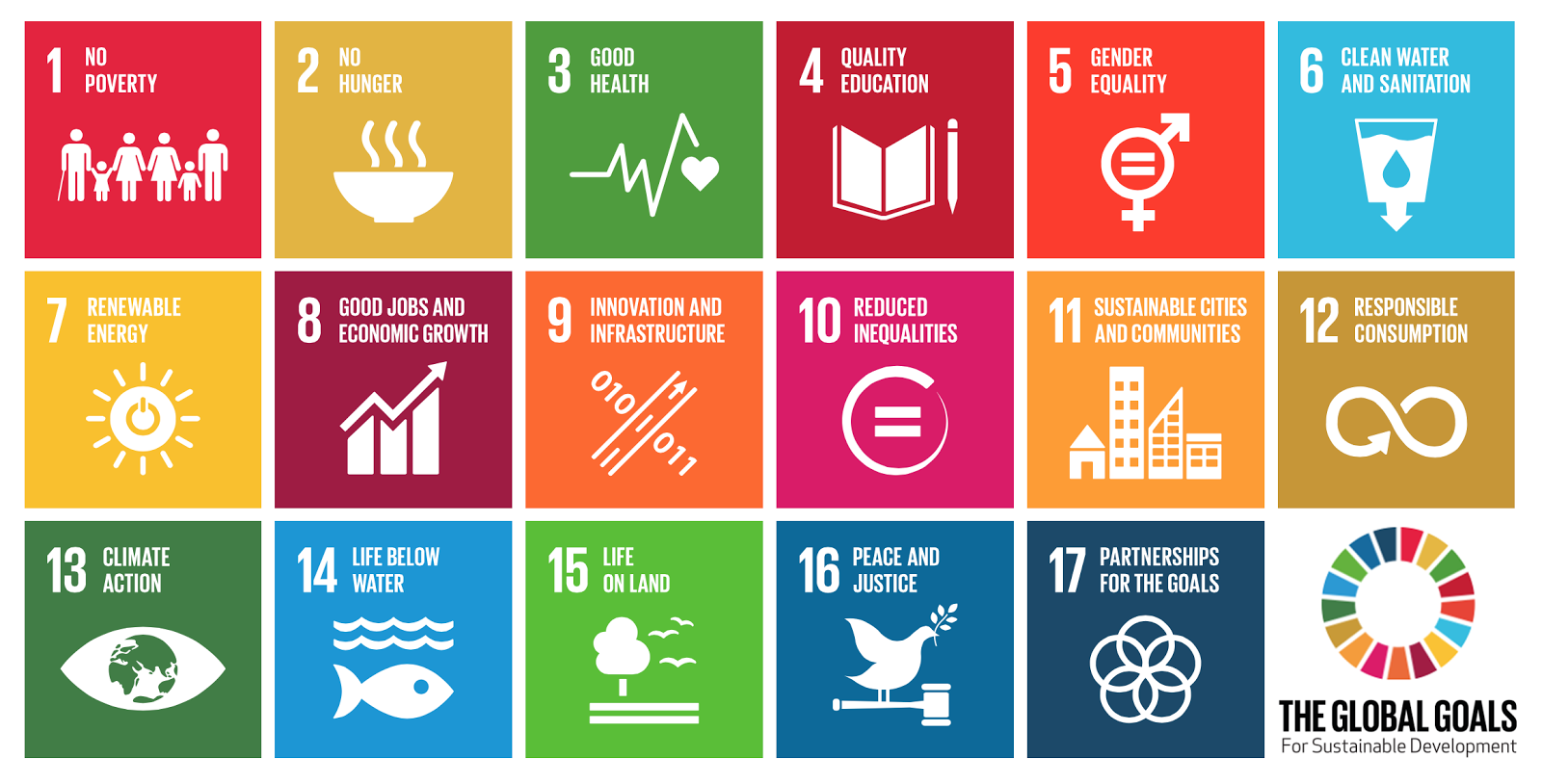 “Youthrive Event” with Youth from Liberia and Minnesota

On Saturday, the annual Youthrive Event was held at Augsburg college in Minnesota. Liberian youth were able to participate in this forum via Google Hangout, and engage with American youth in the discussions; which, primarily focused on addressing the 17 Sustainable Development Goals (SDGs) issued in 2015 by the UN (see infographic below).

On the Liberian end, there were about 100 youth who came to be a part of this Google Hangout meeting with students in Minnesota, and all our UDS instructors were there as well. The youth received refreshments which our catering students helped prepare. Pictured below (left) is a sandwich called “light bread,” made with cabbage, sausage, and other vegetables. Everyone who attended the event in Liberia received two sandwiches and a soft drink. In Liberia, attendees were divided up into 17 groups, and each one discussed a different Sustainable Development Goal; below is a video group #8, discussing SDG: “Good Jobs and Economic Growth.”
At Augsburg, American students were also divided up into groups to discuss the different SDG’s. This video was shown as part of their table rotation discussions:
After the group discussions, UDS co-founder, Heather Cannon-Winkleman, was able to lead the conversation between with our team in Liberia about their thoughts and feelings about the day’s activities.
It is incredible the amount of people this meeting was able to reach; because of your continued compassion toward and awareness of our youth in Liberia, Uniting Distant Stars has experienced significant growth in the number of Liberian students being educated over the past year, and had the resources to make this event happen.
Youth separated by miles of land and ocean, were able to see, listen to, and interact with one another, they were able to put their invaluable minds together as a part of a global team. Which, is exactly what the UN goals are all about: working together, country to country, human to human, to achieve a world of no poverty, no hunger, quality education, and more.

Thank you for making a world of difference! The future looks bright ahead.