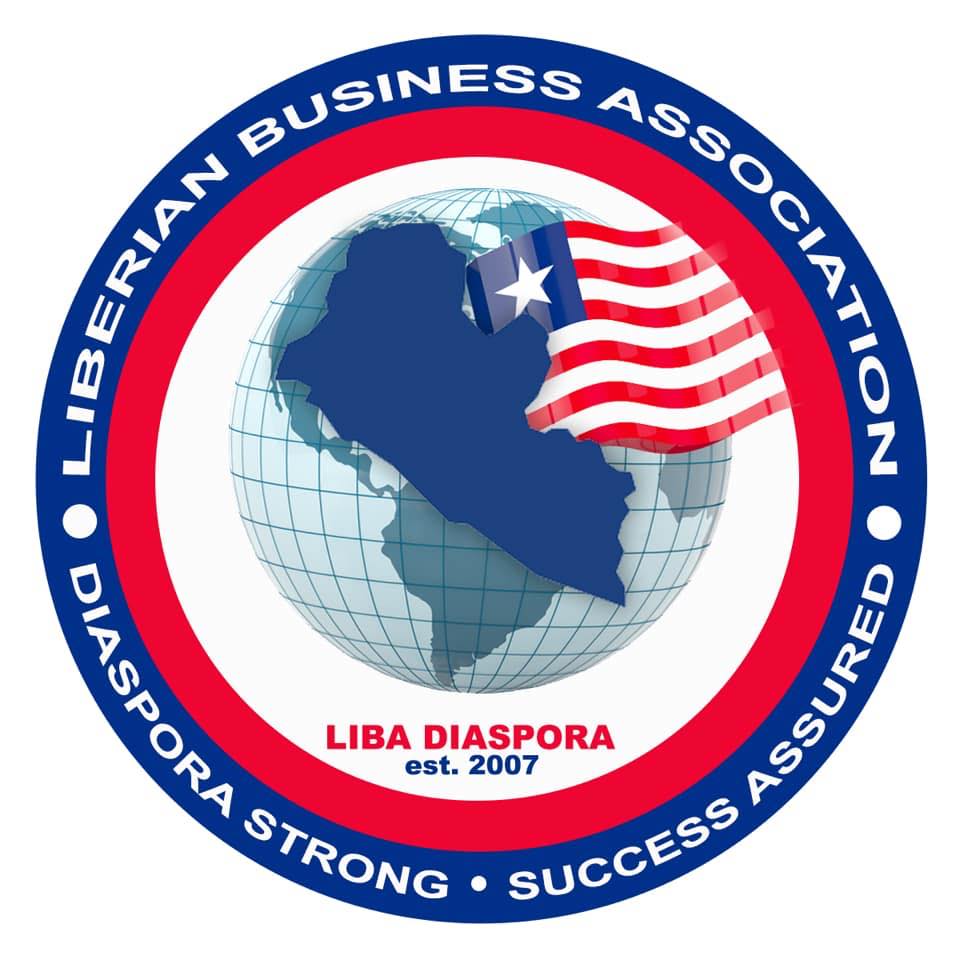 One of our strategic goals is building partnerships with organizations in supporting Liberian Youth. This year we became a member of the Liberian Business Association (LIBA) to network and bring more awareness of our work. LIBA’s Executive Director & Consul General of Minnesota’s Liberian Consulate, Jackson George (in photo), visited our center in July 2018. He saw how hungry the students were towards learning a trade. However, he also noticed that some of them struggled with paying their tuition even after our discount.

Last year, he requested that we submit a proposal for a scholarship fund to help enrolled students struggling with their payments. So, we laid out the criteria on who will be eligible and submitted this request in January. The LIBA board approved the request in July.

This year, they placed a jar within their office and started collecting funds. We received the first donation on November 14 of $119. In the next week or two, Kelvin Fomba (UDS Co-Founder & Director) and his staff will review eligible students to determine who will receive these funds.

Thank you so much for LIBA Members and Office Visitors for contributing to this important scholarship drive! 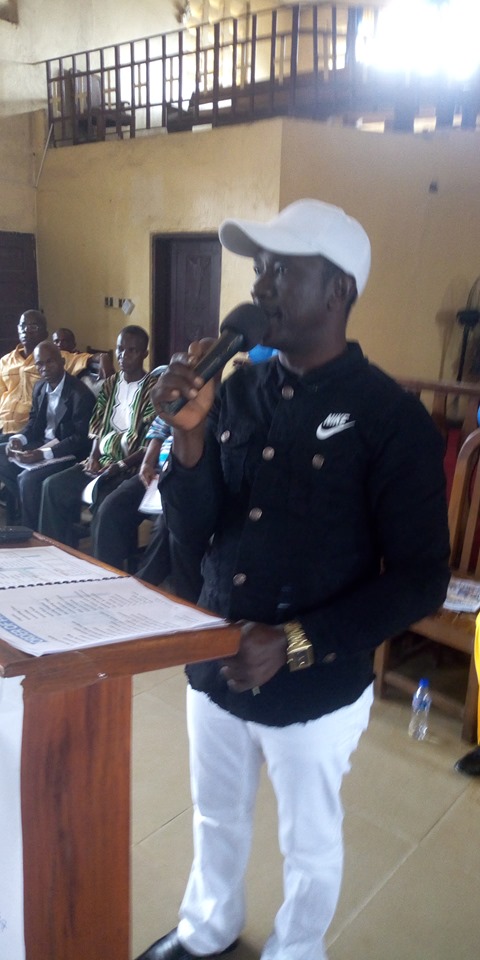 On Saturday, August 17, Kelvin Fomba (UDS Co-Founder & Director) served as the guest speaker for the Bethlehem Commencement Ceremony. As a note, 7 out of 17 Uniting Distant Stars scholarship students attend Bethlehem with one graduating, Deborah Tweah.

Kelvin spoke about 30 minutes talking about the role the teacher, parent and student all possess in achieving academic excellence. In addition, he explained how the UDS Vocational Training Center teaches the necessary skills for young people to learn a trade.

Next, he shared stories of our graduates finding work either through employment or using their skills for paid projects. As a result, the graduates responded and said they would like to attend UDS as they apply for colleges.

After Kelvin completed his talk, some journalists approached him for an interview. They wanted to interview him about our academic scholarship and vocational training program. He graciously shared how UDS brings supporters like you from different parts of the world to help with educating the youth. He expressed his gratitude over the radio for all of you in making it possible to serve Liberian Youth.

Your continued and generous support does changes the lives of young men and women for the better. Thank you for being their Classroom Hero! 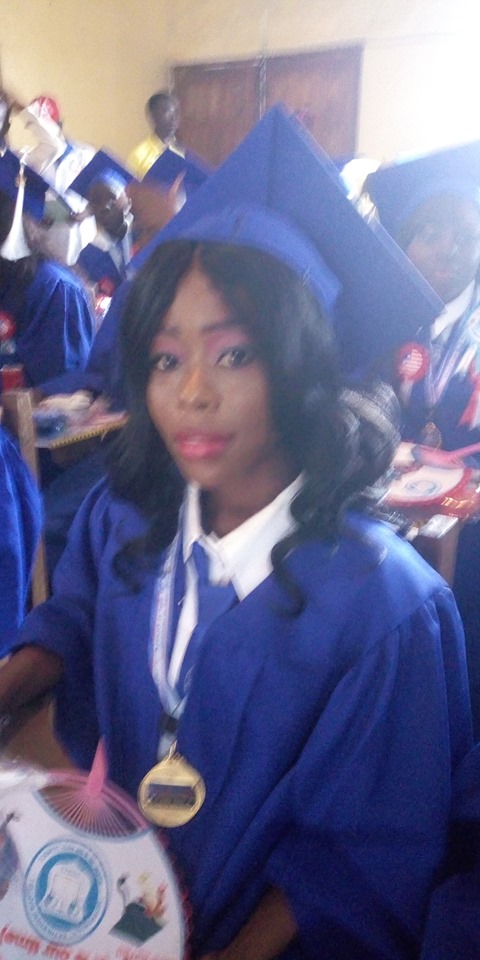 Since 2011, Uniting Distant Stars partnered with generous sponsors to provide academic scholarships in primary and secondary level education. As we move forward to 2019, we are excited to announce the Graduation of Deborah Tweah! She is our fourth graduate from this program with the first in 2014 and the other two in 2016.

Deborah joined UDS in 2015 as one of the participants in the Backpacks for Peace Service Learning Project. While she was learning how to sew backpacks, she shared her struggle in finding support to return to school. Based on her efforts in the backpacks project, she received a sponsor to see her through graduation.

On Saturday, August 17, 2019, Deborah received her diploma from the Bethlehem Baptist School, a 5-minute walking distance from our school. Not only did she successfully pass the 12th grade but she also passed her national exam.

Sadly, Deborah did not have any family to attend her graduation. So, UDS leadership and scholarship students showed up to support her on this special day. Also, they held a celebration party at the center after the commencement ceremony. She felt honored to receive such a gift that she gave UDS Co-Founder & Director, Kelvin Fomba her gown and Brother Daniel Lloyd her cap (he helped facilitate the scholarship program when working with one of the partnership schools).

Thank you to Deborah’s sponsor for allowing her to graduate from high school! We hope that she can share her own story in a future article. 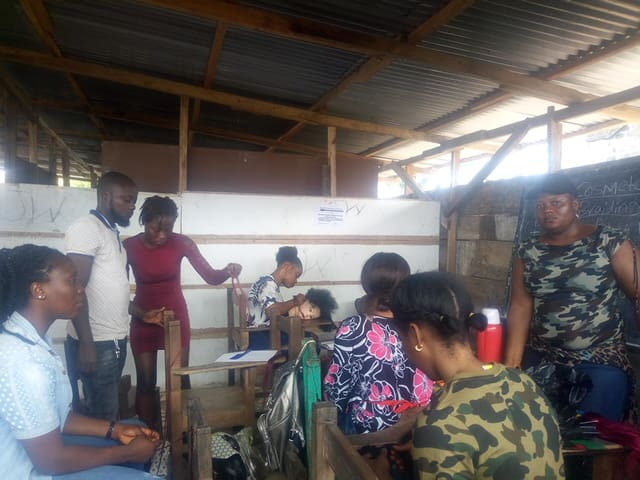 Can you believe that a new school year is about to begin? In fact, it has already started in some states like Oklahoma. For Liberia, the students return to school in early September. Our UDS Academy has been receiving many families interested in enrolling their students.

Recently, we received all the grade sheets from our 17 academic scholarship students. One graduated and the other 16 were promoted to next grade with two in the 12th grade. Since 2011, we have partnered with a few schools to offer scholarships to deserving students who needed financial assistance. Thank you to all the sponsors who support our young students!

Before we go into our featured article, we want to share some of the latest photos for our Cosmetology students. Their training includes plaiting (braiding) hair, manicures, and pedicures. They enjoy the opportunity to do their practicals during each class period. One of our hotel management graduates, Linda Foeday enrolled in this course to learn another trade. She also shared these photos. 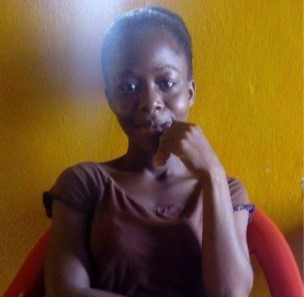 Our scholarship students returned to school after a two-month break. 2018 marks our eighth year of matching generous sponsors to eager students attending primary and secondary schools. Our four sponsors are supporting 17 students in grades Kindergarten 2 (Liberia has two kindergarten levels) to 12th. Total tuition for the 2018/2019 school year is $4,570.

Our 12th grader Deborah Tweah is seen in this photo holding a bag she made from used clothes. She was one of the 20 students that participated in our Backpacks for Peace Service Learning Project in 2015. She lacked any support from family but wanted to finish high school. She demonstrated her desire to learn in the backpacks project and received a scholarship to complete school. The sewing skills she learned during the project have helped her take care of her basic needs while attending school.

This academic scholarship program is important because Liberia’s current economic situation is taking a toll on parents who are not able to enroll their students this year. We are extremely grateful to our sponsors who have committed to supporting these children and youth to high school graduation.