On any given day our news media outlets paint a bleak picture of the world, airing the same discouraging stories of corruption, crime and war. If one relies solely upon mainstream news sources for information about what is occurring around them, one is likely to feel hopeless and powerless. Fortunately, we have a choice on what type of news we want to consume. It takes a minimal effort, to thoughtfully glean the Internet for stories that describe what is right in this world. There we can find inspirational stories of people whose seemingly small achievements has made a significant impact in the lives of the people around them. When we consciously access this new storyline of Good Works, our mindsets change. Now we can see a world of hope, and begin to recognize and embrace the power we possess to make a positive difference.

The Uniting Distant Stars Project was created to encourage youth to develop an optimistic national perspective. By acknowledging their problems and telling their stories they can inspire their peers around the globe. This is because our youth are more connected than ever before in history, thanks to the advent of the Internet and social media platforms. As the old perceived boundaries vanish, young people can clearly see that what affects them in their nation also affects their counterparts in other countries. 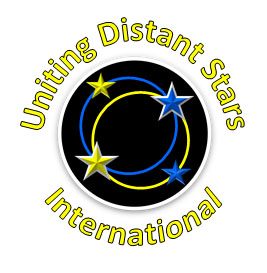 If you take a moment to examine the reaction of today’s youth to multiple economic and environmental challenges, you can sense their collective frustration. On any given day the news around the world contributes to a growing rebellious attitude among its young people. First, their high international youth unemployment
rate, where three times as many youth are unemployed than adults (source: International Labor Organization). Next, having entered college with the expectation of starting
or advancing their careers, far too many graduate with staggering student loan debt and unpaid internships that don’t lead to jobs (source: The Jane Doe). Then there are those starving for food and education, who get involved in anything that they feel will feed their pockets and stomachs (source: New York Times Kristof Blog). Lastly and tragically, the destiny of the remainder is violence: to be recruited as weapons of war (i.e. child soldiers), persuaded to
participate in violent riots against oppressive institutions, or provoked by a sense of worthlessness to openly shoot or bomb innocent people in public places.

Above and beyond the present hardships, our global youth must confront soul-searing uncertainties about their futures. These dismal story lines are not only found in the media, but are also repeated by their families, academia, business, government,
and religion. One story is that they are heirs of national debts generated by policies that solely benefited the older generations. Another is that
they will likely inhabit a desolate planet resulting from short-sighted environmental policies that led to degradation to the landscape and mass extinction of
a variety of species. Then there is the continuous storyline that one
culture, class, race, or religion is better than the rest. Hearing such negativity over and over again can create hopelessness in young people and lead to the conclusion that there is no point in even
trying.

When our young people believe they have no options, they are easily persuaded by those who can fill their needs even though it can come at a cost. We have heard about certain groups that influenced our young people to commit heinous crimes against humanity. For example, I met and talked with a man from Pakistan in 2012, an educator working in
war affected areas, who enlightened me on the definition of Taliban which
means student. If you think about it the word itself is not a bad
thing, but it was who got to these young people first with the means to take care of their needs. Another example comes  from what I have learned about the conflict in Somalia while volunteering with American Refugee Committee. One day I was curious to learn more about
Al Shabaab and discovered that it meant youth movement. Again, the
“name” itself does not mean something to be feared, but it was who there first to provide a solution to their desperate situation.

The Uniting Distant Stars project has been developed to create a new storyline that will be
re-written by our future leaders, innovators, educators, etc. As has been stated before, the
inspiration behind this project–and even the transformation of Uniting
Distant Stars in 2012–came from William Kambwamba, from Malawi, the hero in the book, The Boy Who
Harnessed the Wind. In 2001 when he was 14 years old, his
nation experienced a deadly famine that forced him to drop out of
school. While he was hearing his hunger pangs call in his stomach, he
chose to answer the ones in his mind. By doing so he successfully built
his windmill with limited resources: his own talent, a U.S. scientific textbook, and access to local scrapyard. Young William did not succumb to the
dire situation that faced him, but instead looked ahead at a future that
was filled with nothing but hope. His example of starting something on
next to nothing, can be done even by those who are blessed with far more
resources then him. 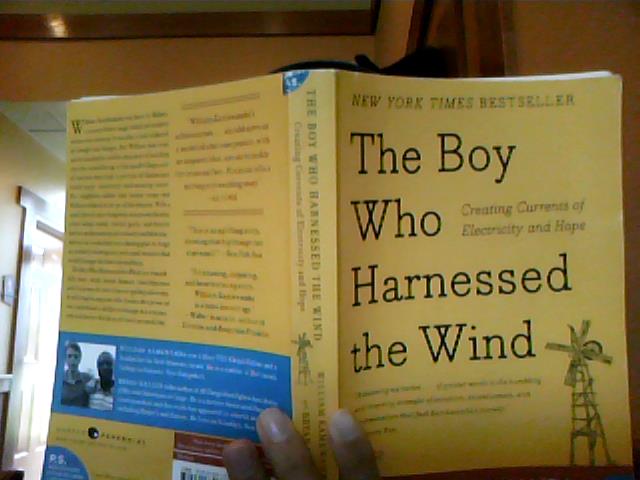 William is one of many young
“super” heroes in Africa and other developing nations around the world who
have created grassroots innovative projects with determination,
persistence, hope and whatever resources they can find in front of them. These are the stories that we want to expose our global youth to as reminders that they do have options. Also, this will allow them to claim their place in our greater society as key players in future development.

The Uniting Distant Stars Project is excited to join with 50 young men and women of Liberia, who will write the next chapter of their nation’s history on how the youth can come together and be a force for positive change. They will illustrate how if we change the story, we can change the mindset.