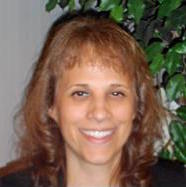 Heather serves as the U.S. co-founder and executive director of Uniting Distant Stars. She was born and lived most of her life in Minnesota. She has been traveling to Liberia since 1998 and lived there for two one-year periods between 2007 and 2010. She volunteered with local grassroots organizations in Liberia focused on children, gender-based violence and climate change. She independently advocated for Liberian children, whose adoptions failed to U.S. families. Heather has served on international non-profit boards based in Minnesota with a focus on education, women & girl’s rights, and global collaboration. Heather received her individualized degree in legal and cultural studies at Metropolitan State University in St. Paul. She works full-time as a tax accountant at U.S. Bank Global Corporate Trust division.