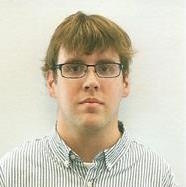 Adam is an international non-profit professional with a background in politics and international relations. A native to Minnesota, Adam earned his BA in political science and international studies with an emphasis on multicultural politics and refugee issues from the University of Minnesota Duluth. He has been a member and supporter of multiple organizations in the Twin Cities, including the Minnesota International NGO Network (MINN) where he has worked on several engagement projects. He also taught in South Korea as an English teacher at a private school in 2014/2015. He lives in Minneapolis, enjoys photography, and is an avid traveler who has visited 17 countries. Adam joined the board in 2016 after initially becoming involved with Uniting Distant Stars as a member of the fundraising committee. He looks forward to helping expand educational opportunities to young people who want to learn. He was installed at the board treasurer in April 2016.